Phil Kaplan is one of Orange County’s top litigators. For over forty years, clients have entrusted him with their most challenging matters, whether their problem was local or national. His trial practice has included important disputes involving real estate development, technology and intellectual property, mergers and acquisitions, partnership disputes, government procurement, securities, public utilities, insurance, and the environment. Phil represents clients of all sizes, ranging from Fortune 500 institutions and government entities to start-ups and high net-worth individuals and families. Prior to joining Umberg/Zipser, Phil was a partner with Manatt, Phelps and Phillips, LLP and before that was a partner with O’Melveny & Myers LLP. 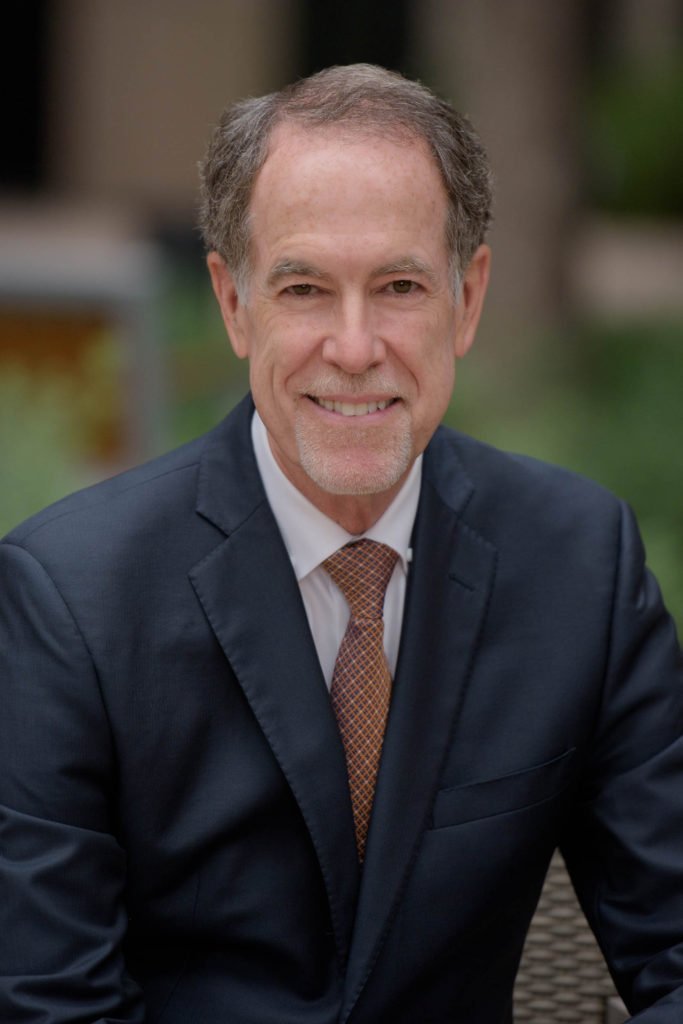 In one of California’s largest technology implementation lawsuits to date, Phil represented the State Controller’s Office against SAP Public Services Company, Inc. in the state’s successful breach of contract action over the failed implementation of what should have been a new statewide payroll system for which the state had spent over $250 million. For one of the most significant rate proceedings in the state’s history, Phil led a team on behalf of Public Service Company of New Mexico, New Mexico’s largest utility, in a trial before the New Mexico Public Service Commission resulting in the approval of PNM’s rates against challenges seeking to disallow over a billion dollars of PNM’s investments in nuclear and coal power.

Phil was lead counsel for the insurers in Dairyland Ins. Co. v. Shiley, Inc. and Pfizer, Inc., obtaining a landmark insurance coverage win against Pfizer when the court rejected Pfizer’s claim that the date of implant was the trigger of coverage for the anxiety claims of patients implanted with functioning heart valves, sharply reducing Pfizer’s coverage for a previous $150+ million nationwide class settlement of anxiety claims of patients whose valves had not malfunctioned.

Phil successfully guided start-up Notis Global (formerly known as Medbox), an early-stage public company in the cannabis industry, through a series of potentially terminal litigation challenges presented by an accounting restatement to correct errors by prior management, a control-fight with prior management, subsequent shareholder securities fraud class actions and derivative claims to a complete resolution of their litigation.

Phil was part of the team representing a leading computer manufacturer in its defense of claims filed in response to its cancellation of a joint venture with a chip manufacturer to develop a new, state-of-the-art processor. Phil represented medical device and technology companies in prosecuting theft of trade secret claims against defecting employees and their new employers. With co-counsel Baker Botts, Phil represented client Big Idea Productions in a Texas licensing trial against Lyric Studios over the rights to distribute the children’s series “Veggie Tales.” Phil represented a CEO in a bench trial defeating the attempt by his former employer, Burlington Northern Air Express, to stop him from working for a competitor.

Phil successfully represented Trammel Crow in obtaining a complete defense verdict in a month-long trial arising out of the dissolution of a partnership to develop a large mixed-use project in south Orange County. Phil stepped in to handle the appeal of an adverse trial court verdict against limited partner, Winthrop California Investors, thwarting Winthrop from exercising its right to terminate an underperforming partnership that held the rights to develop a premier mixed-use property in Orange County. Phil obtained a complete reversal on appeal. Phil defeated a series of attempts by a prior property owner to prevent the City of Carlsbad from approving plans for the development of a major new residential project in the city, enabling Phil’s client to successfully entitle and sell his project to a home builder.

Securities and Mergers and Acquisitions Litigation

Phil represented one of the major California holders of Lehman Bros. bonds in bringing securities fraud claims arising out of accounting failures that led to the demise of Lehman Bros., as part of the multi-district litigation proceedings in the Southern District of New York. Phil prevailed in an injunction battle to prevent shareholders from voting on the merger of Heritage Oaks Community Bank with Pacific Premier Bank, clearing the way for the successful merger. Phil defended a local technology company against post-closing claims filed in federal district court in Michigan by sellers arising out of the acquisition of sellers’ business.

Phil represented Automobile Club of Southern California in defeating an effort of by a member to certify a class action alleging consumer claims.

The commitment to justice for all is empty unless those without the ability to hire a lawyer have access to quality legal help. Phil has put that commitment into action. In Blackstar v. Orange County, for example, Phil, joined by a team of like-minded lawyers, brought a federal court injunction action against the County of Orange for failing to meet mandated timetables for getting federally-funded food stamp benefits to those entitled to them. The need for action was critical. Residents in the County were suffering through the 2008 recession. By 2009, the demand for food stamps was 150% of normal, but the County had cut Social Services staffing by 200 and the benefits were not reaching people on time. The Blackstar action was successful. The County agreed to a three-year consent decree and the timely payment of benefits was restored.

People v. Eichorn, a case in which a homeless resident of Santa Ana was prosecuted for the crime of “camping” in public, illustrates the challenges in our efforts to deal with the seemingly intractable problem of what to do with the homeless. Criminalizing the status of being homeless is neither legal nor an effective answer. Phil and a team of pro bono lawyers represented Eichorn to make that case. At trial the court refused to allow Eichorn to show that he had a necessity defense to being convicted, despite that there were no shelter beds available to him, he could not afford a motel room and had no where else to go. Eichorn was summarily convicted. The trial team brought a writ of habeas corpus to overturn the conviction. In a landmark decision, the Court of Appeal reversed, establishing the right of a homeless defendant to challenge an anti-camping prosecution by asserting a necessity defense.