Umberg Writes on “California Lawyers: Improving the Rule of Law in Afghanistan”

U/Z's Tom Umberg co-authored a recent article in The California International Law Journal, "California Lawyers: Improving the Rule of Law in Afghanistan." (Vol. 23, No. 2, Winter 2015, p. 23-25) Tom is Co-Chair of the Partnership for Justice Reform in Afghanistan. In 2009-2010, he was recalled to active duty in the U.S. Army to serve as Chief, Anti-Corruption for the NATO Training Mission–Afghanistan. His co-author Fatima Murchal is a 2015 L.LM graduate of the Chapman University, Fowler School of Law in International and Comparative Law and is currently Project Coordinator and Legal Analyst for the Max Planck Foundation for International Peace and the Rule of Law in Kabul, Afghanistan.

U/Z’s Tom Umberg co-authored a recent article in The California International Law Journal, “California Lawyers: Improving the Rule of Law in Afghanistan.” (Vol. 23, No. 2, Winter 2015, p. 23-25)  Full text of the article is set out below.

Tom is Co-Chair of the Partnership for Justice Reform in Afghanistan. In 2009-2010, he was recalled to active duty in the U.S. Army to serve as Chief, Anti-Corruption for the NATO Training Mission–Afghanistan.  His co-author Fatima Murchal is a 2015 L.LM graduate of the Chapman University, Fowler School of Law in International and Comparative Law and is currently Project Coordinator and Legal Analyst for the Max Planck Foundation for International Peace and the Rule of Law in Kabul, Afghanistan.

California Lawyers—Improving the Rule of Law in Afghanistan

In 2009, the newly appointed commander of the International Security Assistance Force (“ISAF”) in Afghanistan, U.S. Army General Stanley McCrystal, analyzed what threats existed in Afghanistan that would affect the United States and our national security interests. Afghanistan had been the safe harbor where Al Qaeda planned, recruited, trained, financed and ultimately launched attacks on the U.S. Embassies in Tanzania and Kenya in 1998; the USS Cole in 2000; and the United States itself on 9/11. General McCrystal’s analysis concluded that there were two basic threats that were degrading the people’s security and providing an environment that was generating recruits for insurgent groups: 1) the kinetic threat posed to the physical security of the Afghan population by the insurgent groups—Al Qaeda and the Taliban; and 2) the longer term threat of inadequate governance, corrupt officials, and the lack of economic opportunity, particularly for young people. Of these two, General McCrystal viewed the latter as the more pernicious of the threats and most important to address in preventing Afghanistan from returning to an incubator for terrorism.[i]

Governance and corruption challenges are not unique to Afghanistan, but Transparency International historically has rated Afghanistan in the bottom three of the 175 countries assessed in its Corruption Perceptions Index. Afghanistan’s low ranking “is likely a sign of widespread bribery, lack of punishment for corruption and public institutions that don’t respond to citizens’ needs.”[ii] Even before General McCrystal identified these same deficiencies, the U.S. State Department recognized the establishment of the rule of law in Afghanistan as integral to U.S. security interests and sought the assistance of the private Bar to support its rule of law effort. In 2007, private-sector lawyers, along with judges and law firms—most notably lead by Californians Robert O’Brien of Arent Fox and U.S. District Court Judge David O. Carter—began to play a role in assisting the U.S. State Department in their mission to improve the rule of law in Afghanistan. With the support of then Secretary of State Condoleezza Rice, the Public Private Partnership for Justice Reform in Afghanistan was formed and is now known as the Partnership for Justice Reform in Afghanistan (“PJRA”).

The PJRA’s original projects focused on training Afghan judges, defense lawyers, and prosecutors in two-to-three week training sessions conducted in the U.S. Soon after its formation, the PJRA leadership recognized the need for a more substantial investment in people and projects that would produce longer term returns. To achieve long term educational objectives, more deeply instill the tools and values to withstand the pressures to succumb to corruption, and to grow a network of mutually supporting lawyers determined to improve the rule of law within Afghanistan, the PJRA established one-year scholarships for Afghan lawyers to earn LL.M. degrees in U.S. law schools. In addition, the PJRA founded The Rule of Law and Human Rights Center at the University of Herat in eastern Afghanistan.

The following brief reader alert provides an overview of the PJRA scholarship program, the critical contributions of the California bar and others to that program, and the tangible impact the PJRA scholars are making to the rule of law in Afghanistan.

I.   THE PJRA SCHOLARSHIP AND THE RULE OF LAW AND HUMAN RIGHTS CENTER OF HERAT

Each year, ten to fifteen Afghan lawyers are selected as PJRA scholars from a group of more than a hundred talented applicants through a rigorous process of written and oral interviews. The interviews are conducted in Afghanistan by PJRA volunteer lawyers and Judge Carter. Each of the selectees must have a law degree and speak English proficiently enough to handle the curriculum at a U.S. law school. In addition to language and academic credentials, all of the applicants must describe how an LL.M. from a U.S. law school will support the PJRA mission and how this LL.M. academic experience will relate to the “real world” corruption and rule of law challenges in Afghanistan.

After the scholars are selected, they attend an orientation in Washington, D.C., to provide an introduction to the Socratic method and U.S. academic and popular culture. They then travel to their assigned law schools throughout the United States, which include Harvard, Wake Forest, Columbia, Duke, Stanford, McGeorge, Chapman and several other schools. The participating law schools waive tuition and provide academic support. The scholars’ living expenses are provided through a grant by the U.S. State Department and donations from lawyers and law firms. In addition to their academic training, scholars are mentored by volunteer lawyers and law firms such as Jones Day, Manatt Phelps & Phillips LLP, Arent Fox LLP, Arnold & Porter LLP, and even a law student volunteer at U.C. Berkeley Law.

In addition to the LL.M. program, through the leadership of Jones Day partner Peter Garvin and Babson College President Kerry Healey, the PJRA sponsors a Rule of Law and Human Rights Center at the University of Herat. The Center is staffed with a full time law professor—the first of which is now a PJRA scholar at Fordham Law School—and brings together academics and practitioners to capture rule of law experiences and best practices. The Center also publishes a Rule of Law Journal featuring articles by PJRA alumni and other Afghans working to improve human rights and the rule of law.

The more than thirty years of war experienced in Afghanistan have taken a toll on the physical infrastructure and, even more profoundly, the human infrastructure. As the number of returning graduates continues to grow, a PJRA alumni network has formed to provide mutual support, find jobs, refer clients, and identify others who share a commitment to fight for Afghanistan’s future. The alumni organization helps sustain the scholars as they face violence, offers of bribes accompanied with threats of violence against themselves and their families and other professional challenges few American lawyers could imagine.

II.   A VANGUARD OF HOPE: THE AFGHAN SCHOLARSHIP APPLICANTS

A universal characteristic of the PJRA scholarship applicants is their first-hand experience with the violence that plagues parts of Afghanistan. [iii] Nearly all of the applicants have lost at least one relative during the thirty-plus years of conflict; most have spent time as refugees; some have seen genocidal acts committed against ethnic minorities such as the Hazara Tribe. Those who were not refugees and stayed behind in Afghanistan recall the horrors of the “Taliban Times” when they were forced to view public executions, faced beatings for improper attire, and were prohibited to study secular subjects or, if they were female, were denied access to any education at all.[iv]

The scholarship applicants apply for the LL.M. program knowing that they often will encounter hostility upon returning home. Scholars, particularly the women, will face threats to themselves and their families for becoming “Westernized” and rumors of improper behavior while they were not “properly chaperoned” in the U.S. Most significantly, they know that should ISIS, Al Qaeda, or the Taliban regain control of Afghanistan, they will become prime targets because of their Western education.

In spite of these challenges, Afghan lawyers apply for the scholarship for both societal and personal reasons. They have witnessed how the diminished rule of law causes the economy, security, and overall governance to deteriorate. Simple government services require bribes. Disputes are not resolved based upon the law or facts. And people are arrested and crimes prosecuted for personal or economic reasons. When the rule of law is weak, opportunities are based on family connections—not ability or grades, and admission to university and jobs are nearly impossible to obtain without the right connections. In this climate, Afghanistan’s best hope for long-term stability is a vanguard of lawyers and leaders with the physical and moral courage to challenge the system.

The PJRA initiatives, mainly through the tenacity and courage of the returning PJRA scholars, have made immediate impacts. The nearly forty PJRA alumni are working in regions throughout Afghanistan, even in the less secure provinces such as Kandahar and Wardak. Most significantly, they are serving in extremely challenging positions in the public sector, academia, and private practice. For example, PJRA alumni are prosecutors in the Attorney General’s office, child protection officers, human rights advisors, foreign service officers, a deputy governor, a manager of the women’s leadership development office, a Kabul University law professor and author of what we American lawyers know as a “horn book,” and a founder of an elementary school for young girls. These brave scholars call to mind the best of our profession: lawyers willing to literally sacrifice their lives to bring the rule of law—one step at a time and at great personal risk—to a people struggling against injustice.

* Thomas J. Umberg is a partner at Umberg/Zipser LLP. He is Co-Chair of the Partnership for Justice Reform in Afghanistan. In 2009-2010, he was recalled to active duty in the U.S. Army to serve as Chief, Anti-Corruption for the NATO Training Mission –Afghanistan.

Fatima Murchal is a 2015 L.LM graduate of the Chapman University, Fowler School of Law in International and Comparative Law and is currently Project Coordinator and Legal Analyst for the Max Planck Foundation for International Peace and the Rule of Law in Kabul, Afghanistan.

[iii] Just the interview process can be arduous. When one applicant was asked if she had a hard time getting to Kabul, she remarked that it wasn’t bad. It had only taken three days and she only had to hide for one of those days to avoid a firefight.

[iv] One recent female scholar recounted how her family sold its jewelry so she could surreptitiously pay a tutor to learn English in secret locations in her village. 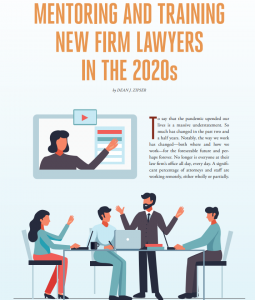 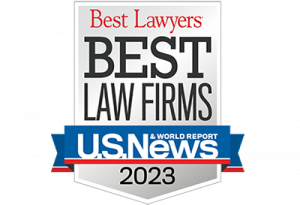 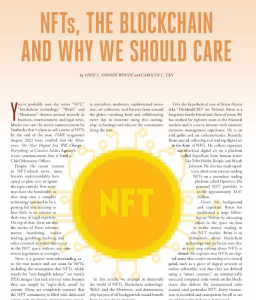 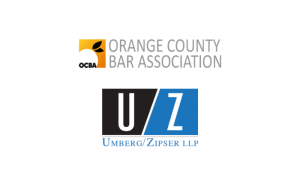 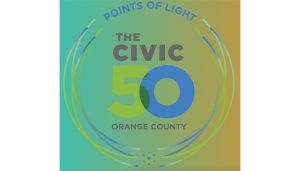 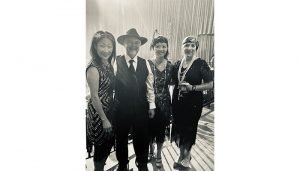 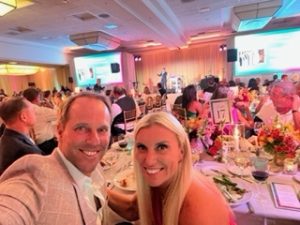 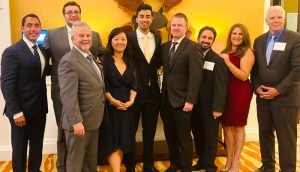